From Pong to Pokémon 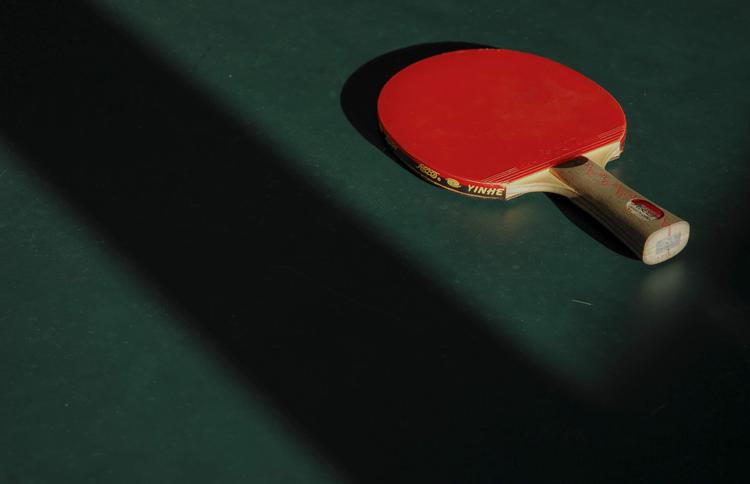 Photo by Conor Samuel on Unsplash

It’s 1991. In a conference theatre in Las Vegas everyone has been handed paddles. One side of the paddle is black and the other side has coloured reflective tape. Half the of the room has red paddles, the other side green. Then a very familiar image appeared on the screen and the crowd quickly worked out what the paddles were for.

His set-up involved a camera that would gauge the number of paddles with the colour facing forward and interpret these as votes for up and any facing the other way as votes for down. Whichever direction was currently winning for each team controlled the current direction of movement for that team’s paddle. The crowd quickly adapted, and collectively played one of the oldest videogames in a way that was never intended by its creators.

Pong was first released in 1972 — around 20 years before Carpenter’s experiment. Eighteen years after Pokémon’s initial release its time has come for a crowd-control re-invention. An anonymous developer has hooked the chat from game-streaming site Twitch back into the game of Pokémon Red being streamed to create Twitch Plays Pokemon (TPP) — a game that allows the audience to control the character by typing ‘left’, ‘right’, etc into the chat.

This similar 20 year time lag isn’t a coincidence. For these experiments to work the audience needs to have an understanding of how the game would work normally to have any hope of coordinating in a crowd and Pokémon, like Pong in the ‘90s, is a (fairly) universal experience for a certain generation.

As well as Pokémon being a much more complicated task than Pong, TPPers are also held back by the 30 second delay between input and action in the game — making errors more common then they might be otherwise. This means TPP has a lot in common with other ‘deliberately hard to control’ games like QWOP and Surgeon Simulator 2013.

If you could actually control anything normally, this game wouldn’t be any fun at all.

With thousands of people contributing commands, the results can be slow and there’s frequent backsliding. All the work taken to get through a small gap can be undone by someone hitting down to jump back over a ledge (these are only passable in one direction and have been proved a major problem for TPPers). Even common tasks like depositing and withdrawing Pokémon from the computer are now fraught with the the danger of accidentally releasing valuable Pokémon.

But despite all that, there is remarkable forward progress, with the crowd collectively defeating gym leaders, catching new pokémon and making their way across the world.

This is the most interesting aspect of Twitch Plays Pokémon: how on earth is this possible? Carpenter’s Pong was a simple ‘yes/no’ dynamic with instant feedback. Pokémon is a complicated game with strategy elements, rosters and inventory, and a complicated map to explore — how is the player not still banging his head against a wall in Pallet Town?

The first explanation is to question that the tasks being performed are actually that hard. Pokémon as a game is fairly forgiving of mistakes, the player isn’t going to starve to death when it takes hours to get over a ledge. If all of your pokémon are defeated, you black out and wake up at the last pokémon center you visited with your team fully healed. The only downside to this is losing progress in the journey and money — but for TPP navigating the menus required to exchange money for items (let along use those items) is so complicated this is less of an issue than it might otherwise be.

As a result of repeatedly trying to get past wild pokémon and trainers, the players’ pokémon will level up at least a little bit each time, and so will find it easier to get through these obstacles each time. The result of what is effectively brownian motion (as the player is fed ‘left, up,right,down, right,left, right’) in the routes between towns means the player is often wandering around randomly in the tall grass having battles — which helps level pokémon up for the battles against gym leaders. TPP’s control system in the easy bits of the game force the player to grind and prepare for the hard bits of the game.

This explains that in principle TPP is a winnable problem but less so how with so many voices, only some of whom are aware of any current goal, anything constructive is happening. This is a fairly common question for democratic theory generally — given that surveys show there’s always a fairly large segment of voters who effectively have no idea what the issues are or why they’re voting for things, how is this working? This situation is a bit of a snag for democratic theory, which rather depends on it being true that asking these people what should be done is not only necessary, but is going to produce better decisions than not asking them.

Some democratic theorists argue that it doesn’t really matter if people are completely uninformed — if they really have no idea what they’re doing they’re effectively voting randomly and so will cancel each other out, leaving the true democratic signal to emerge from the noise[1].

This runs into problems if the uninformed aren’t voting randomly (and there are any number of factors that can influence people’s voting behavior) and in TPP’s case, there’s a clump around the current correct move and another around the correct move on the previous turn because of the time lag. This becomes a huge deal in a menu system or a maze, but when the choice is simply ‘left’ or ‘right’ and the direction of the map at that point is right, the player is over time going to end up in that direction. It might not be quick, but eventually the noise cancels out and progress is made. When stuck in a fiddly bit, brownian motion will eventually get the player through it, while the general direction of play kicks back into action if the player wanders too far from the situation.

To resolve the incredibly tricky bits, people also have the option of fighting over how to play the game itself. Twitch Plays Pokemon has two modes: Anarchy and Democracy and players can vote for either at any time — if the slider reaches 80% for democracy, the game mode switches until anarchy is back to 50% support. In Anarchy mode everyone that anyone enters happens, in Democracy mode there’s a twenty second period where actions are tallied and the winning action is performed. The idea of this is when things get too hard to get through randomly, democracy lets them take slower, more deliberate actions. However, this can have mixed results because the time lag makes the ‘still trying to do the last thing’ factor even more pronounced — menu systems are only usable if more people are managing to think ahead than people who aren’t.

While Democracy allows moves to be chained together like ‘left2up6’ these very rarely win, with wins usually ending up around the common denominators of the basic move — coordinating complicated options around thousands of players is difficult. That said, at time of press there’s a faction trying to use a long combo ‘b5a4downadown5a’ (which gets out of all menus, then enters the right commands to do what they want) to resolve the six hour PC stalemate but are running into problems with the game processing long combos. It is really difficult to make this game do what you want.

In general it’s hard to attribute success to great feats of coordination. Moments of failure are often temporary and once bypassed forgotten, only success means the game can progress. For every success (capturing Zapdos with the Masterball) there’s an abject failure (buying the fire stone rather than the water stone to evolve Eevee). Generally the game moves forward because success is locked in and failure rarely is. Meanwhile there’s a never ending stream of people in all time zones that enter the right direction more often than not. While the community jokingly attribute agency to the helix fossil the player is always selecting at inopportune moments, they also tend to over-estimate their own agency in the game. The most you can really say is that players are collectively choosing goals, but it’s much harder to argue they have much influence over the time it takes to achieve them.