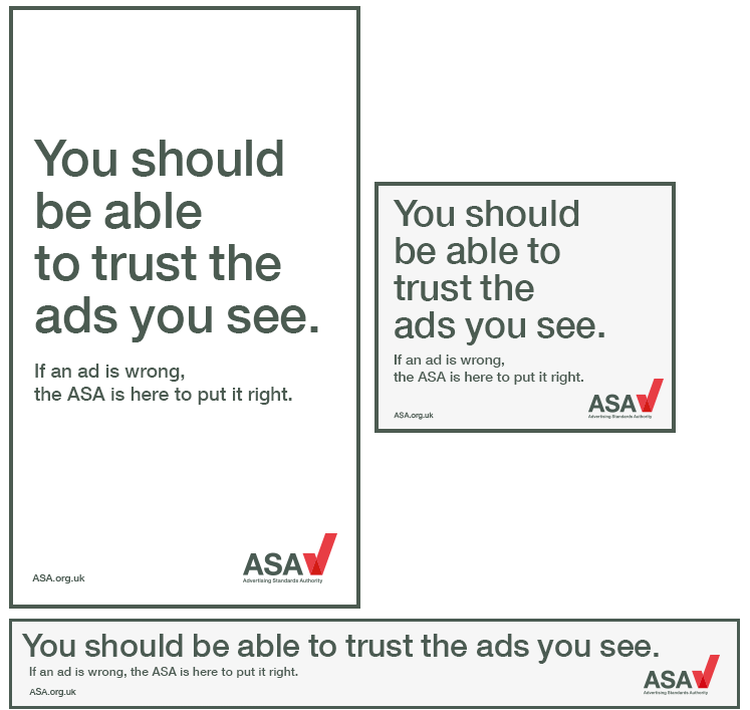 It’s clear, it’s simple, big black text on a white background — “If the ad is wrong, the ASA is here to put it right”.

Here’s my question: if there’s a snap election, will they remember to take them all down?

A few years ago I tidied up parts of my MSc dissertation into a paper on regulating political advertising. It goes into the history of the non-regulation of political advertisement in the UK, explores possible viable forms of regulation in Australia and New Zealand and suggests possible paths forward.

The basic road-block is that while technically regulation of the content of advertising comes from industry consent to the ASA, this consent results from the fact that in the absence of self-regulation, there is legal force for the government to act. For political advertising, there is no such legal backstop and no consensus among parties that they should be regulated. My suggested approach is the goal should be to create this legal backstop (which can be relatively weak) to give the ASA greater freedom of action.

Since then a few things have happened in this area:

The Constitution Unit’s report has the general conclusion is that these systems function well and are generally accepted by the respective political cultures. However, they are not magic, political actors adapt, and so have not created a fiction-free political environment:

We find that the provisions in South Australia and some (but not all) of those in New Zealand score very well in terms of both operability and perceptions, but that their impact on actual political discourse is limited. Thus, mechanisms for banning misinformation can operate without undue difficulty — at least in the circumstances prevailing in these two polities — but the benefits from having them are constrained. In essence, there is a trade-off: in order not to impinge upon free speech, such interventions can be applied only where the inaccuracy of information is unambiguous. But most of the misleading spinning that characterises political campaign discourse is much subtler. Even in a benign context, misinformation bans — if they are not to have the chilling effect that some fear — are powerless to act against that.

And just because something functions in one context does not mean it transfers easily to another. A recurrent feature of the report is that the UK’s political culture has… problems:

A much broader issue relates to political and media culture. As noted above, we found no instance in South Australia or New Zealand in which a significant political actor sought to discredit one of the regulators in this area as a political tactic. This was essential to the effective operation of the system: had significant voices worked to undermine the regulators, the latter could not have done their job effectively. We — and all those working within the UK system with whom we have spoken — find it unimaginable that the same would apply in the UK.

Given this high level of difficulty, you would want to see a large shift in the political culture. As this is unlikely — the report does not argue for regulation in this area. But it also doesn’t say it is inherently an impossible task and that “we are not persuaded that an in principle case against banning misinformation in election and referendum campaigns can be made.”

This is a reasonable conclusion — this is a change that would come with substantial resistance for not much reward. The report explores other options that might deliver more bang (an informed electorate) for buck (political capital) and there’s a summary of that here.

That said, I believe that it is still a good idea that should continue to be explored for two important reasons:

While it is semi-common knowledge among political campaigners that political ads are outside the jurisdiction of the ASA, polling commissioned by The Coalition for Reform in Political Advertising and Full Fact found that only 14% were aware that political adverts do not follow the same rules as other advertisers. Over double that (35%) believed they did follow the same rules— with the remainder not knowing. When asked if it should be a legal requirement, 84% said that they thought it should be.

Now many popular idea are not practical, or are less effective than people might believe — but there is a consensus among political parties that their ads are special while there is a consensus among the general public that political ads are not special. We have a cartel of governance-providers who are colluding to hide their claims from the same scrutiny that applies to every other industry — this is an issue.

At a minimum, this validates that the current approach is not widely understood and this leads into point two. As I argued in my original research, the ASA’s selective coverage creates a false sense of security. People have a not-unreasonable assumption that statements on adverts are not outright, unqualified lies. This creates a problem at election time:

As a result of the ASA’s work in commercial advertising the public have an expectation that factual content is policed and a learned understanding of the ways more dubious facts are presented to comply with this. Ironically this undermines some of the public’s defences against political misinformation. A claim that would have to be marked with an asterisk and suspicious small-print by an airline can be stated bold as day by a political advertiser. By existing and not policing political advertising the ASA oddly makes the situation worse than if it did nothing at all.

This is a problem the ASA can’t do much about — and as their evidence to the DCMS committee shows, they are willing to step up and help if a political consensus emerges, but this is unlikely. They’re also aware that the lack of regulation for one kind of advertising has negative effects for the rest of the system. I can see steps that can help this along — but these are mostly out of the ASA’s hands.

However, there are two things the ASA can do: