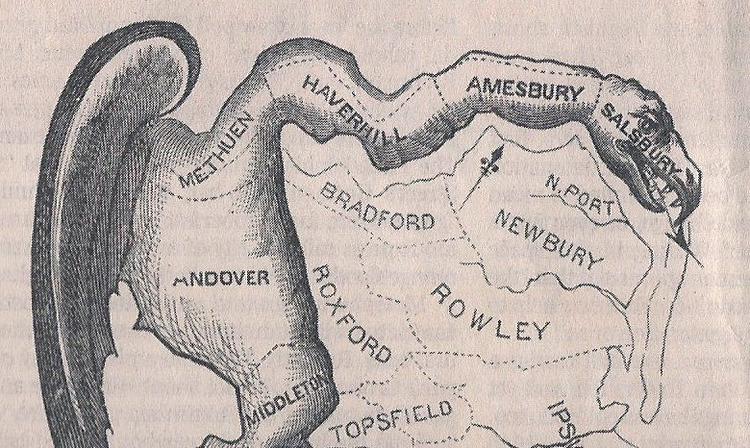 IPPR suggested an interesting idea last year (p7) - in the absence of real electoral reform can we do something about safe seats? What if we gave the Boundary Commissions a duty to make less of them?

A new duty to consider competitiveness would mean that the commissions would work to reduce the number of ‘safe seats’ in parliament, where this accords with their duty to ensure parity of size and geographic coherence. In 2015, the Electoral Reform Society (2015b) calculated that there were 364 safe seats, where a swing of more than 5 per cent was required for the seat to change hands. Turnout and voter engagement is typically lower in safe seats than in marginal seats, where votes have more influence (ibid). Proactively reducing the number of safe seats and increasing the number of marginals, the boundary commissions could help to gerrymander the conditions for a more competitive electoral process. This in turn would make voters more powerful – or at least reduce the outsized power of voters who live in marginal seats relative to those who don’t.

In practical terms, the boundary commissions could do this by altering the boundaries of particular seats based on the aggregate outcome of the last three general elections by ward results. For instance, if two safe seats adjoin each other, and if it is possible to redistribute wards between each seat in a way that would, based on aggregate outcomes of the last three general elections, make both seats marginal or at least more competitive – and if in doing so the responsible commission can satisfy its other two key duties regarding size and geography – then the commission should redistribute those wards in that way. Giving the UK’s boundary commissions a duty to proactively create more politically balanced electorates within each constituency would thus help to reduce those dimensions of political inequality that are associated with the existence of large numbers of safe seats in a first-past-the-post voting system.

The practical problems with this have been explored at the Constitution Unit blog here (and the IPPR paper authors responded here) but what hasn’t been noticed is this is going over a question that occasionally comes up in the US with the idea of a “public interest criteria” when drawing boundaries.

Over there “districting” tends to be controlled by the legislatures - which is a bad idea because they then have both the inclination and the ability to rig future elections more in their favour by better selecting their constituents. Because of this campaigners often argue legislatures should give up this power to independent commissions, who set boundaries based on neutral rules.

Lowenstein & Steinberg[1] argue against this. They say that there are in reality no neutral rules - all rules favour one set of results (and hence one winner) over another. The idea that districts should be ‘compact’ is meant to stop the long winding districts that are seen to define gerrymandering - but in reality ‘compact’ districts favour Republicans because Democratic votes are more tightly clustered - they will then be ‘packed’ in, wasting votes returning large democratic majorities. ‘Neutral’ compacting isn’t neutral.

In the UK where we have the apolitical boundary commissions we see exactly this fight - natural population drift means boundaries favour Labour over time, therefore they oppose more frequent boundary reviews and strict population equality between constituencies and claim long standing constituencies are important to democracy. Conservatives want the opposite - because they benefit from frequent reviews and strict equality. There’s not really a point of principle here, equal constituencies doesn’t really make people more equal (differential turnout is too big to make this really an important factor) but what are absolutely political points are raised through preferences for various sets of ‘neutral’ rules. It just can’t be done neutrally. There is no ‘fair’ way of dividing constituencies in a winner takes all system.

So Lowenstein & Steinberg come to a similar conclusion as IPPR - rather than look for rules unrelated to politics (which will never be apolitical) define an explicitly political goal : ‘The Strong Competitiveness Criterion’ (p.38):

From the standpoint of the political system as a whole, however, there is substantial appeal in the notion that if there is an election-to-election shift in voter sentiment from one party to the other, that shift should be reflected in the composition of the legislature. If a districting plan is drawn so that all or nearly all districts are very one-sided from a partisan standpoint, then all but the most extreme voter shifts from one party to the other will have only a minimal effect on the composition of the legislature.

They then point out a number of important practical things to remember. Should all districts be competitive? Arguably not, if there’s a minor uniform swing in one direction ALL seats might switch hands - a disproportionate result. So how many safe seats do we want?

Because of problems like this they look at if even a ‘Weak Competitiveness Criterion’ (at least some seats should be competitive) could be legally enforceable but still find the ‘how many?’ issue too hard to escape. They also bring up that we’re not really dealing with massive homogeneous forces, but local areas with local issues (p42):

[…] the proposed public interest criteria for redistricting demonstrates that none of those criteria can plausibly be numbered among the generally accepted pre-political principles that do or should govern the political process. They are not neutral, they are not grounded in broader principles that command general assent, and in many cases they are incoherent and cannot be made to work. Redistrcting should be one of the objects of the political struggle, not one of the ground rules.

Such a naked defence is of political districting is odd to British eyes because we like to believe that neutral rules exist and can put the Boundary Commissions above politics. But they can’t and don’t. As long as the electoral system makes the drawing of lines on the map a decision that has knock-on effects on every area of politics, intervention cannot be anything but political.

Implementing a public interest criteria at the same time as maintaining half the rules the Commissions already follow is likely to be impossible in almost all cases. The Boundary Commissions are the horribly messy and complicated back-end that powers the ‘simple’ FPTP system. Trying to tinker with them to make nicer things happen (even given the baseline) is doomed.

In the meantime IPPR’s STV for local government is a good approach! If electoral reform has a future in this country it’ll probably be as the result of those kind of steps.