Players and characters in ‘Gone Home’ 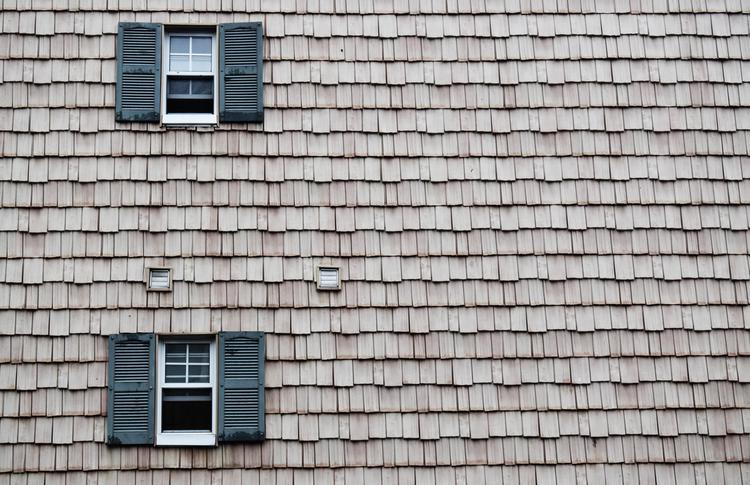 Photo by Chris Barbalis on Unsplash

In Gone Home, only one thing really happens. You read letters, you put tapes into cassette players, gain access to parts of the house initially locked off, but there is only one action you take that causes the world to change irrevocably (and while effective, it’s a bit of a cheat really). I think this more than anything gives a feel for the kind of game this is, one based around reflective discovery rather than action. The world is interactive, but only really transforms in the sense that your understanding of it changes.

But let’s backtrack and set the scene: It’s a dark and stormy night in 1995, player character Katie has been travelling round Europe and has now returned home — only her family has moved and now the family house is a place she’s never been, a house where they never finished unpacking, where items from different eras and lives lie alongside each other. A house where no one’s home.

You make your way through the house, gradually turn on the lights and encounter the artifacts of your family’s life while you were away. As the game progresses, three different but interconnected stories become apparent:

The first thread is arguably the main story, the game ‘finishes’ (credits roll but you can still return to the house) when this story reaches it’s end but what’s neat is it’s actually possible to get right through the game without getting much of the third story at all. It takes a lot of self-confidence to essentially hide so much of a story that feeds into it’s other threads — making discovery of that story an internal experience for the player — ‘show, don’t tell’ taken to an extreme.

The most prominent way the story is told is through the voice-over of extracts from Sam’s journal — which in the initial entry we’re told she is using as a substitute for her normal conversations with Katie and so is structured as a series of letters to the player character. The distinction between player and character in the game has been most looked at with the time the character puts down and won’t pick up again a diary entry where Sam describes her first sexual experience with her girlfriend (Katie’s ‘voice’ in the story is otherwise only really ‘heard’ through the hover-over description she gives certain items) but to me the most important distinction is the player is hearing these voice-overs, contextualising objects with a history — Katie is not. Katie doesn’t come into possession of the letters until the last second of the game — until that point the player has much more knowledge of what’s going on than she does.

This actually also throws the diary entry into a different light — without the voice-overs to guide us through the nascent relationship Katie has a very different set of information to the player. She is given a few visual hints that her sister is gay (a men’s magazine in her locker earns a ‘oh my’ label) and that there’s a interestingly prominent girl in her life, but this is I believe the first time Katie learns that the relationship is romantic/sexual. We also have no idea exactly what Katie’s opinion of her sister’s sexuality is. Katie is more ‘conventional’ than her sister — she actually answered the question on her sex ed paper unlike Sam’s (amazing) short story on the subject. The player, eighteen years later on the far side of ‘don’t ask/don’t tell’ (which is a period detail now!) and primed by hearing the story of young love in Sam’s own voice, might well be be feeling much more comfortable with this than Katie is in that moment. We simply don’t know. The player character is going through an emotional journey at a very different rate to the player and there’s an interesting possibility of dissonance there. Similarly in the final movement from cupboard under the stairs to the attic, the player has been primed by the voiceover to expect something very different to what Katie might be thinking — did you run? Would Katie have?

As the genre demands the house is riddled with secret passages and hidden doors (mostly justified, the passages all make sense as giving servants access to certain parts of the house without crossing the main spaces). As the story is essentially structured geographically, staggering access to these passages allows for something open plan (a house) to be re-funneled into a mostly linear story. This isn’t just used as a structure convenience, creeping around these poorly lit passages is used to put you in the world of the several different sets of characters have also used these passages — creeping behind the acceptable history and ideas of the family. Sam and her girlfriend use the passages for privacy, but there’s also the inference that the passage to the guest room is how uncle Oscar got his nephew from the second floor down to the recesses off the basement undetected (to reinforce this, an artifact of Oscar is found underneath the door frame at the top of the passage, while an artifact of Terrance is found in the cupboard at the end of the route in the basement- a path connected by objects out of place).

Much has been written about how Gone Home plays with and subverts horror tropes — there’s the light-bulb that coincidently breaks the moment the player examines a creepy object (the ‘one action’ I’m talking about in the first paragraph) but there’s also the the blood-stained bath with the… oh, hair dye bottle next to it. One particular way the game mixes mood and game design to create a storytelling moment is so simple it’s genius. Coming out of the basement there’s a staircase with a pipe running along the ceiling, as you move up the stairs the way a section of the pipe breaks against the light at the top of the stairs gives the illusion (as the shape of the section cutting off the light changes) of a figure moving at the top. So far, so creepy — but this staircase is along that path from guest bedroom to basement and once you’ve got the idea of a shadowy figure moving up those stairs your brain is engaged (even after you realise it’s just a pipe) and you might wonder why, if there was one, a shadowy figure might be taking that particular route — a clue to help you twig aspects of the Oscar story. Possible I’m over-reading into that, but the possibility of story-telling through optical illusion is a nifty thing.

There’s an interesting little meta-commentary about the game’s use of horror game conventions in the change in Terrance’s novels over time. In the basement there’s a note from Terrance’s father, an english lit scholar commending him on publication of his sci-fi novel but commenting harshly that the book is bound by cliché and genre conventions — a phrase from this letter “You can do better” is recreated on big sheets of paper in the office (you discover these in the opposite order, transforming the faintly pathetic mantra into a deeply depressing one as you find the source).

By the end of the story Terrance’s confidence has been revitalised and he has after twenty years completed another novel in his time-travel series- described as more introspective (where the hero doesn’t save the President’s life but his own!) — trying to finally live up to his dad’s instruction to complete himself as an artist by turning inward, but in a way that rejects the idea that it is the genre conventions that were holding him back. I see this as a comment on ‘Gone Home’ itself and the idea that video games can only become ‘art’ if they ditch the conventions of their more populist output. The game does neat things in part because the world it creates is so aware of genre expectations and sees their inclusion (and subversion) as a way to deepen the experience it creates. An introspective novel with a time machine.