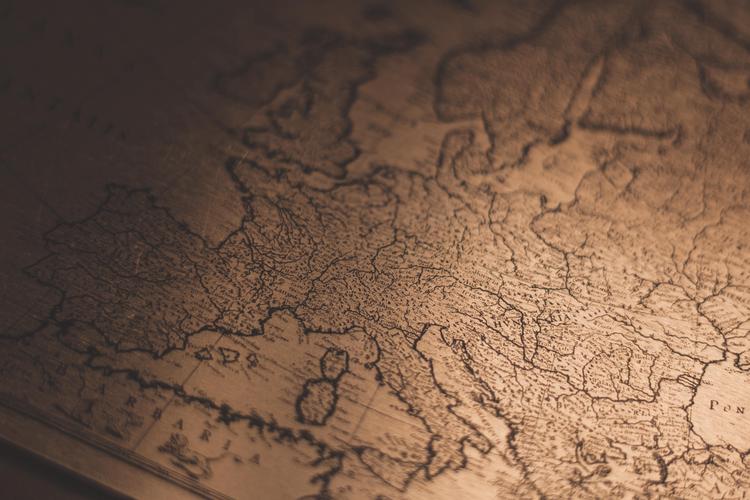 Photo by Jakob Braun on Unsplash

Morning Experiment: Can I find a good way of testing the ‘politicalness’ of Eurovision voting before lunch?

To keep it simple I assumed that most ‘political’ voting was related to cultural factors. These in turn would map onto geographical proximity and so the testable question became ‘Do countries give higher points to countries closer to them than those further away’?

I then made a list for each Eurovision country of all other Eurovision countries they shared a border with. For countries bordering seas, I counted all countries with reasonable straight lines across the water (erring on the side of being over generous).

From this I created a new variable representing the degrees of separation between the source and destination of all votes (where ‘1’ means they share a border, ‘2’ means there’s one country in the middle and so on). This dataset is here.

A robust regression shows that there is a statistically significant relationship at the 1% level. Being closer to another country gets you more points - for every degree of separation removed between A and B it increases the number of points transferred from A to B by 0.39(±0.068). The exact coefficient varies year on year and the relationship drops from significance in 1998 and 2001.

As the first few ‘hops’ are likely to be the most important (it’s doubtful the hop from four to five degrees of separation is a serious consideration for anyone), it’s worth re-running the regression looking only at if countries share a border or not. From this we get another significant relationship where a country will give around 1.9 (±0.245) more points to countries it shares a border with than those it won’t. This explains more of the overall vote transfer as well — 4.6% as opposed to 2.6% for the degrees of separation approach.

But this is still a relatively small amount of the big picture — and so raises questions about the validity of the approach — would the effect be larger or smaller if I was less generous with borders over seas? Should we be looking at ‘regions’, countries that share a language? This analysis used all votes cast, but not all countries are regular players — the relationship might be different if it was cut down to those who vote every time.

At this point rather than plough on, I decided to look up if anyone had ever done any proper work on Eurovision and found that a) of course they have, and b) a great common thread in these is some kind of justification for having bothered to study something like Eurovision in the first place. Yair argues Eurovision can be used to create a cultural structural analysis of the post iron-curtain Europe and Fenn et al instead try to claim that “Eurovision network is analogous to a range of other complex dynamic networks involving the exchange of goods and opinions”. Now these are clearly just excuses, but obviously I’m in no position to judge.

Fenn, Suleman, Efstathiou and Johnson (2006) looked at Eurovision as a network in terms of how in sync countries are with each other i.e. how similarly are their votes distributed when you ignore their votes towards each other. They found that the UK was actually the most ‘in sync’ with Europe in general between 1992 and 2003 and while there were patterns that vindicated my geographical links such Estonia being associated with the Nordic countries, others raise serious problems with it such as Spain being absent from the group that includes France and Portugal.

Yair(1995 — so an older study of a very different Eurovision) similarly look at network effects breaks down Eurovision countries into “five meaningful cliques”, which are further combined into Western, Northern and Mediterranean blocs (where the last feels like a ‘and the rest’ bloc) and that the then supremacy of countries in the Western Bloc was a result of three of the most strongly knit cliques are located within it.

Ginsburgh and Noury(2004) is the closest to a more developed version of my attempt, looking at the effect of cultural and linguistic proximity (which geographic proximity would at best be acting as a proxy for) on points and finding that a) these are important factors that far exceed the effects of logrolling (quid pro quo exchanges of votes) and b) that the ‘quality’ of the song tends to have quite a large effect on the results.

So in a most boring answer, Eurovision turns out to be actually about the music. But isn’t it nice to have numbers to prove that?

This is recycling a 2012 blog post — hence old numbers.