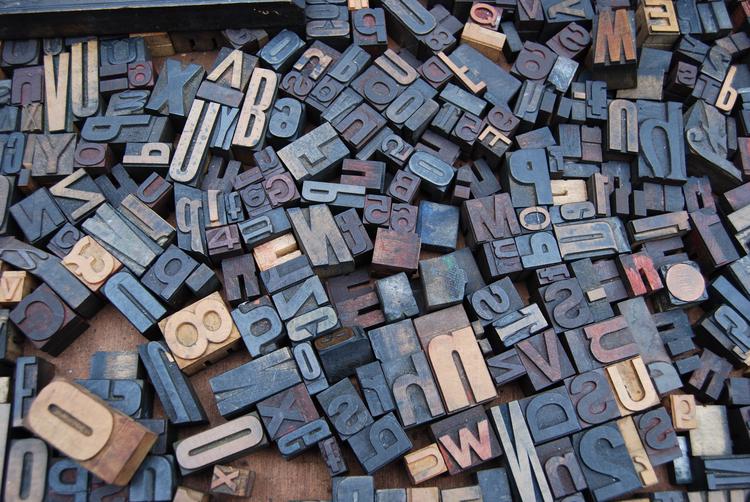 Photo by JJ Ying on Unsplash

An article went up on The New Statesman today arguing that people sharing the suicide note of a trans-person were actually endangering the very people they were trying to raise awareness of. This is based on The Samaritans guidelines that journalists should not print the content of suicide notes because of the idea of ‘suicide contagion’ - arguing that including details of suicide notes can make it more likely people will try and emulate the note’s author.

My opinion of the Samaritan’s guidelines is they offer good generalised advice that should be read and often followed. That said, specific guidance is often detached from supporting evidence and shouldn’t be used as an authority to beat people with. There are circumstances where blindly following guidance has the potential to do harm and I think this is one of them.

To understand why the contagious understanding of the suicide note is a bit narrow we need to know a bit more history. I go into this in far more detail in the finished piece but my basic premise is that over the last few centuries’ media coverage of suicide played a significant part in making us a better, kinder society more understanding of those amongst us most in pain.

To quickly summarise historian Michael MacDonald’s argument [1] -newspapers secularised suicide by making it a mundane fact of life. The syndication of suicide stories made the fact of suicide a constant low-level noise as opposed to something that would happen in smaller communities incredibly infrequently. From stories of the devil stalking the earth and taking lives, suicide was enveloped in statistical reporting. Coverage was often (but not universally) sympathetic. The focus on the stories of individuals and a large written audience for stories about suicide created the literary genre of the suicide note (sometimes helped along by journalists providing them when absent). Through these notes people tried to shape the narrative of their death for their community and the wider world.

In step with these developments came near total resistance to sanctions for the deceased or their survivors, which led to subsequent law changes. Naturally social change was more complicated than that but the role of newspapers was important. They made the reader’s world bigger and the quietest voices louder.

Working from that history I am uncomfortable with the idea that it is always wrong to print suicide notes and that no good can come of reporting suicides.

There isn’t a reason given in the Samaritans guide as to why suicide notes shouldn’t be reported, but working from the general theory of suicide contagion the fear is that it risks increasing identification with the deceased and identification might lead to imitation. I dislike the view that suicide notes should only be seen as infectious spores. They might also be the last way to understand a person available.

While the evidence for suicide contagion exists (more patchy than often stated, but still worth taking seriously) this doesn’t apply to all guidelines proposed. Restrictions on printing suicide method are well evidenced, most other areas are more theoretical (and I suspect often derive from backwards engineering terrible reporting – printing suicide notes is in most cases tacky).

There is a small scientific field concerned with analysing suicide notes but there is very little published on their effect on suicide contagion. Niederkrotenthaler and colleagues[2] did investigate if citing a suicide note effected suicide rates but found no effect – and this lack of outcome merited no discussion. It’s just not a particular active question in the field. The only area where a suicide note was discussed at length I can find was an instance where releasing extracts from a suicide note was seen as positive. I don’t buy this but it’s worth looking at to understand solid ground is very hard to find here.

The idea of suicide contagion is best established with celebrity suicides (Stack’s 2005 meta-analysis of the literature found no ecological effect on suicide rates had been definitively proven outside of celebrity studies[3]). As such after Kurt Cobain’s suicide there were a few attempts to detect an effect in suicide rates. These failed to find an effect (which is a good thing), and the explanations given for this in the literature are interesting.

One major difference appears to be the attitude actively promoted by Cobain’s widow Courtney Love, by his family and subsequently by the media. Immediately following the death Love made an audiotape containing excerpts from a note left by Cobain; she commented in a negative fashion on each part (Gaines, 1994, p. 107). For instance; “I don’t have the passion anymore, so remember – (And don’t, because this is a f…ing lie) – It’s better to burn out than fade away (God, you asshole.) (Sandford, 1995, p.244)”

Yet, celebrity suicides do not always yield imitative suicides, as evidenced by the lack of a significant increase in suicides following the death of Kurt Cobain. […] [T]he substantial efforts by Kurt Cobain’s widow, Courtney Love, to present his suicide in a negative fashion may have counteracted any potential glamorization of his death.

The argument essentially goes “there was no imitative effect, therefore the response did something right”, yet I suspect if you asked Martin if we should be printing but dismantling suicide notes he wouldn’t argue for that forcefully. This argument is grasping at straws a little and paints an overly progressive picture of the media response to Cobain’s death. If it really was a good response we might need to change media guides more. After all, the Seattle Times printed a front page image of Cobain’s dead bodythe next day on the grounds that:

[T]his picture met that test by establishing an essential reality about Cobain’s death. Our concern was that Cobain’s suicide would be romanticized by some – suicide, the ultimate high.

As one editor said, the photo showed, ‘This wasn’t cool, it was death and that’s the result of suicide.’

Naturally, media guides would advise against such a thing but they’re essentially working from the same hymn sheet that you shouldn’t glorify the dead. Why are the Samaritans right and the Seattle Times wrong?

I want to dismantle the idea of expert opinion a bit here. I don’t think anyone has any particularly good evidence why there was no detectable effect after Cobain’s suicide and I don’t think anyone has any evidence that you shouldn’t print suicide notes. I trust well-intentioned people working at charities trying to save lives a little more than I trust well-intentioned people who also like to sell newspapers, but simply having the right intentions is not enough.

Take this situation; we have two sets of well-intentioned people – one set want to bring wider light to a story in the hope of saving lives, the other set think this is dangerous because telling this story could kill more people. This is important stuff, who is right?

Here are the key questions. The Samaritans explicitly state their guidelines are only advisory; has suicide contagion been demonstrated to such an extent that there can be no exceptions to guidance? I’d argue not. Is there any evidence suggesting suicide notes in particular cause harm? Again, the answer’s no.

By all means, be concerned - but let’s not pretend anyone knows which course of action saves more lives.

A side point, but after The Samaritans’ Radar controversy worth thinking about.

My thinking on this hasn’t solidified yet, but there’s a touch of a paternalistic attitude towards the mentally ill in the advice not to print suicide notes. We’re told “avoid the suggestion that a single incident […] was the cause” - after all suicide is complicated and often involves mental illness - but also not to report why they said they did it. The implication here is that these people were not qualified to tell you why they were suffering. This is even more unsettling when written by a member of a group who specifically highlights their treatment as part of that group: “They can’t know what they’re talking about, they’re ill.” I think this is accepted uncritically a bit wider than it should be.

[3] Stack, Steven. “Suicide in the Media: A Quantitative Review of : Studies Based on Non-Fictional Stories.” Suicide & Life-Threatening